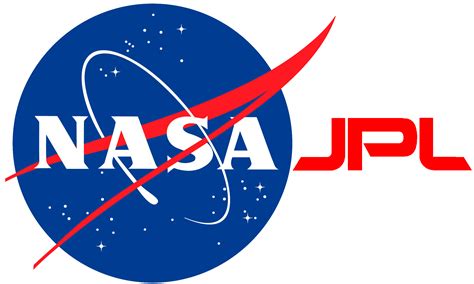 Our Aim in asking for this interview was based on our belief that our Greek audience needs to read something different, something refreshing and uplifting, something that will break their attention even for a few minutes from the monotony and depressiveness of the Country’s daily social quagmire, the product of the last 7 year National Debt implosion.

We decided then, as a subject matter, to briefly touch upon and get a small glimpse of the “New Frontier” and that is Space; where Science is tested to explore some of the deep secrets of our Solar system while Scientists are gasping to gain Knowledge for the Betterment of Humankind.

Besides, most of us would full-heartedly support the notion that the essential elements to secure our future and the perpetuation of Humanity as we know it, might be hidden “Out There…”

The following exclusive interview was given by Mr. Barry Goldstein (Project Manager of the new JPL-NASA planetary mission “Europa Clipper”), to the owner and publisher of the Hellenic/Greek Regional news paper “Enimerosi Peloponnisou”, Costas Proimos.

COSTAS PROIMOS: Dear Mr. Goldstein, can you please tell us what is your position and your responsibilities at JPL?

BARRY GOLDSTEIΝ: “I am the Project Manager for the Europa Clipper Project. “Europa Clipper” is a large, 10 instruments Project set to launch as early as June of 2022. “Europa”, one of the large Galilean satellites of Jupiter, has characteristics that indicate to scientists that is may well harbor life. The “Europa Clipper” mission will investigate the biologic potential of this fascinating moon. As Project Manager I am responsible to the overall technical, schedule and financial performance of the mission”.

COSTAS PROIMOS: Hοw long have you been working for JPL -NASA?

BARRY GOLDSTEIN: I have been at JPL for 35 years.

COSTAS PROIMOS: I assume, there are some really high motives for a scientist to keep on trying towards the…unknown… May you mention them?

ΒΑRRY GOLDSTEIN: “I am not a scientist so I do not want to speak for the science community. However, from my perspective it is part of human nature to constantly ask questions and increase our knowledge of the universe. This fundamental curiosity drives to more and more ambitious missions to explore the solar system”.

COSTAS PROIMOS: In how many projects   at your entire carrier, have you been the leader?

ΒΑRRY GOLDSTEIN: “The Europa Clipper” mission is the second planetary mission I have had the privilege to lead. However, over the course of my career I have worked on over a dozen missions”.

COSTAS PROIMOS: Which was the first planetary mission you had the privilege to lead?

BARRY GOLDSTEIN: “I was the Project Manager for the successful Mars Phoenix Lander mission. This was the first mission to land north of the Arctic Circle on Mars. Among its scientific findings were the direct measurement of water on Mars, the observation of Mars precipitation, measured carbonates on the surface and perchlorate, a compound used in both solid rocket motors as well as a source of nutrients for organisms on earth”.

COSTAS PROIMOS: How many bases camps NASA has, and would you explain to us the specific role of JPL

ΒΑRRY GOLDSTEIN: “There are 10 NASA centers across the United States. The Jet Propulsion Laboratory’s (JPL) specific role for NASA is primarily the unmanned exploration of the solar system. What this is our primary responsibility, JPL is also involved in exoplanet, astrophysics and a much more diverse set of investigations”.

COSTAS PROIMOS: Which do you consider as the most successful space missions within the last thirty years?

ΒΑRRY GOLDSTEIN: ‘’That is a very difficult question to answer, as success is measured differently by different people. Of the missions that I have been involved with several have had significantly meaningful contributions to human knowledge. I would hate to try to prioritize them”.

COSTAS PROIMOS: Can you please, list for our audience some of the interplanetary projects JPL has led over the past 35 years?

BARRY GOLDSTEIN: “JPL has led some of the most ambitions missions to other planets in our solar system. Over the past 35 years some of these missions include the Galileo orbiter to Jupiter which toured the many moons of that planet and included a probe into the atmosphere of the great gas giant. The recently completed Cassini mission toured the Saturnian system. The Cassini mission included a European Space Agency (ESA) developed probe which landed on the surface of Titan. Multiple missions to Mars, both orbiters and landers have been successful following on the Viking missions of the late 1970’s. These include the Mars Global Surveyor, Mars Pathfinder lander, Mars Odyssey orbiter, Mars Exploration Rovers (Spirit and Opportunity), Mars Reconnaissance Orbiter, Mars Phoenix Lander and the latest lander, Curiosity. In addition, the JUNO mission is currently in orbit around Jupiter. Over the past three decades there have been many other missions, and I would recommend looking into the JPL Website to see the complete list”.

COSTAS PROIMOS: What are the expectations for the upcoming future?

ΒΑRRY GOLDSTEIN: “If you are asking about about my expectations for the Europa Clipper mission, it is certainly my hope that we can complete our implementation on schedule and launch as early as possible. If we do launch in June of 2022, then depending on the launch vehicle, we can arrive at the Jupiter system as early as Januay 2025”.

COSTAS PROIMOS: How “big” is the Europa project?

ΒΑRRY GOLDSTEIN: “As far as size of the Project, from a financial point of view we are approximately $3B US. While we have not reached our peak, there are in excess of 500 people working on the team at this time. The goals of the mission are to map the surface of “Europa” in terms of its chemical and physical characteristics. These measurements should go a long way to assess the current scientific assessment of the potential of life under the ice of “Europa”.

COSTAS PROIMOS: Who are the contributors and participants to this particular space-mission?

ΒΑRRY GOLDSTEIN: “The developers of the mission and the spacecraft are JPL and the Applied Physics Laboratory (APL) in Baltimore Maryland. The instruments are provided by JPL, APL, Arizona State University, University of Colorado and Southwest Research institute. In addition, there are a number of companies providing many of the assemblies, however that list is way too long to include here”.

COSTAS PROIMOS: Does JPL  cooperate with other international centers  like the ESA or the Japanese Space agency and if yes, can you name some projects for us ?

ΒΑRRY GOLDSTEIN: “Yes, many of our missions have significant collaborations with international partners. As mentioned above, the Cassini mission was supported by the Huygens probe which landed on Titan. The Galileo mission before had its propulsion system provided by the German space agency. Almost all major missions have partnerships where one or more of the instruments carried on the spacecraft are supplied by an international contribution. In addition, all missions that I am familiar with had science team members from many countries around the world”.

COSTAS PROIMOS: What part of the US are you from and what brought you to JPL ? was it what they call  luck/chance  or by design?

BARRY GOLDSTEIN: «I am originally from Brooklyn New York. I specifically sought out work at JPL due to my love of exploration and astronomy».

COSTAS PROIMOS: In the States professionals usually change jobs & companies every 5-7 years. You stayed at JPL for 35 years, why so? Is it because of  the assignment challenges JPL offers?

BARRY GOLDSTEIN: “I have remained at JPL for the same reason I originally came here, which is love for the work we do. I will add to that the immense satisfaction I have working with people who share my passion and dedication to the exploration of the solar system”.

COSTAS PROIMOS: What is it  in your opinion that  makes JPL unique ?

ΒΑRRY GOLDSTEIN: “JPL is a unique combination of a NASA center and a university environment. The people constantly challenge each other technically, which has the benefit of bringing out the best in the engineering staff”.

COSTAS PROIMOS: May you describe an… “ordinary” day in JPL?

BARRY GOLDSTEIN: “One of the most exciting thing about working at JPL is that the work is not ordinary, nor are the day’s activities repetitive. While it would be dishonest to say that all days are great, as problems abound in the development of our missions, none are boring”!

COSTAS PROIMOS: Have you been searching for new- talented executives beyond the USA?

BARRY GOLDSTEIN: “Not that I am aware of at this time”.

COSTAS PROIMOS: Is there any Greek element (i.e. Greek descent) at JPL at present time or in the past?

ΒΑRRY GOLDSTEIN: “If you are talking about Greek nationals working at JPL, of course there is my good friend Dino Papadopoulos who was there until about 15 years ago. I am not aware of any Greek nationals here now, however there are many individuals who are US citizens, who are of Greek decent”.

COSTAS PROIMOS: Have you ever been to Greece? (Is it at your future plans?)

ΒΑRRY GOLDSTEIN: “Many years ago I was on a cruise that stopped at many of the islands, and I hope to come to visit Loutraki and my friend Dino soon”!!

COSTAS PROIMOS: How close do you think that we humans are, to the “truth out there”?

BARRY GOLDSTEIN: “This is a very deep question which I do not believe anyone knows the answer. I will offer an opinion that humans will never know «full truth», or «full knowledge». As humans, the more we understand the more there is to learn. I suspect it will always be that way”.

Μany thanks to Mr. Goldstein, for kindly accepting our invitation and to Mr. Dinos Papadopoulos for his contribution in setting up this interview.