Pete Sessions: I hope Turkey will become a better leader for the region 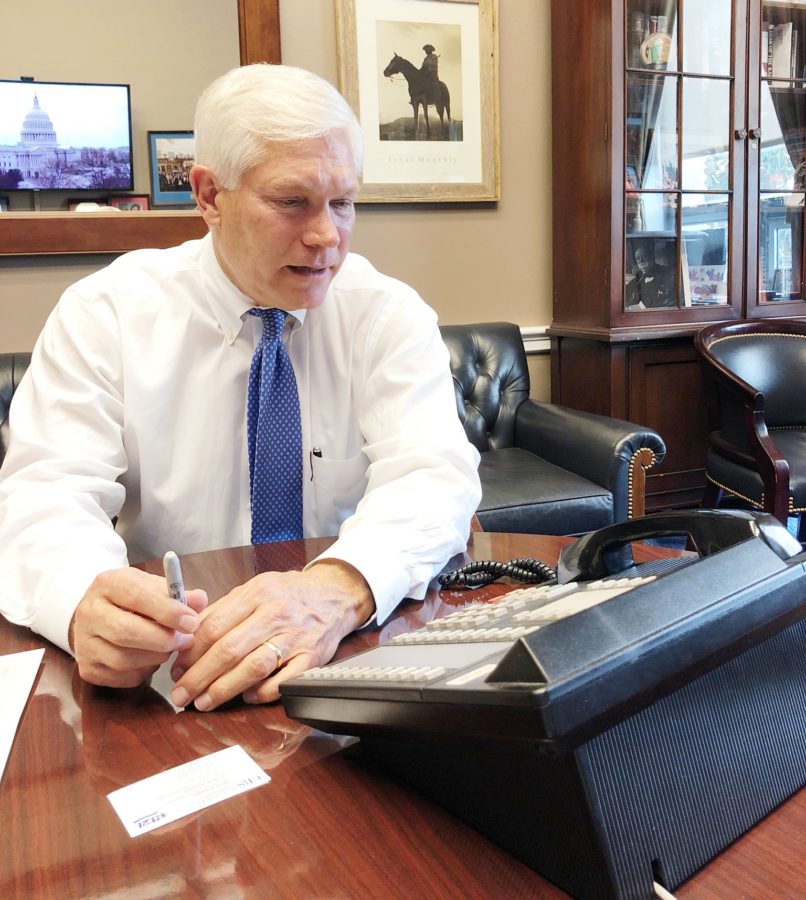 Given the opportunity and due to critical geopolitical developments in the broader neuralgic region of the Eastern Mediterranean, we spoke with Pete Sessions an American politician from Texas who served in the US House of Representatives for 11 terms. Mr. Sessions is a member of the Republican Party and has served as the Chairman of the House Rules Committee from 2013 to 2019 and as Chairman of the National Republican Congressional Committee.

Read the exclusive interview Mr. Sessions gave to Enimerosi Peloponesse from which one can draw crucial and substantive conclusions about the view of the U.S. on the escalating tensions between Greece and Turkey, its arbitration role, as well about potential prospects of American investments in our country.

Enimerosi Peloponesse: Given the escalation, in Turkey’s aggressive rhetoric against Greece by President Tayyip Erdogan, do you think a military incident between Turkey and Greece is likely in the near future?

Pete Sessions: Turkey is a major and important player in World affairs and is struggling in its role of Regional Power. Struggles internationally, on the European, NATO and World stage have brought tension to its daily international obligations. Now that Syrian operations and winter are on in the immediate future, my hope is Spring will bring better resolve to internationally be seen as a better leader for the region.

Enimerosi Peloponesse: In the context of a new US strategy at the International level, do you see any possibility of US troops leaving Greek territory, especially if new incidence data in the eastern Mediterranean upsets the present balance of power?

Pete Sessions: NSA Souda bay Naval base, Greece is an important U.S. Military base. It is true that for many months, the government of Greece is seeking an increased presence to reinforce stability and partnership with the United States. I do not expect any change in America’s commitment to the Security cf and Greece’s sovereignty.

Enimerosi Peloponesse: In a hypothetical scenario of a war with neighboring Turkey, what would the US position be? Recently, former US Ambassador to Greece Nicolas Burns stated that the US under the Trump Presidency will not be involved in a possible conflict.

Pete Sessions: The United States would view any military action or economic sanctions either way a negative issue and would strongly engage in all attempts to oppose any counter productive actions against each other.

Enimerosi Peloponesse: Given that the Greek debt is unsustainable, is it possible to find ourselves again facing the implementation of a new Marshall – type bailout plan for the Greek economy?

Pete Sessions: The U.S. Is concerned with the continued financial stress felt by the Greek people. America is seeking continued progress thru trade and employment as a strong basis for recovery. Long-term internal spending must be further addressed.

Enimerosi Peloponesse: Under what conditions could there be real Investment interest from Americans or Greek – American expatriates in our country?

Pete Sessions: Investment dollars within Greece can become more favorable with a balance for the long term view and outlook. This continuous to be a negative perspective.

P.S
We thank Mrs. Reena Morris for her valuable assistance.