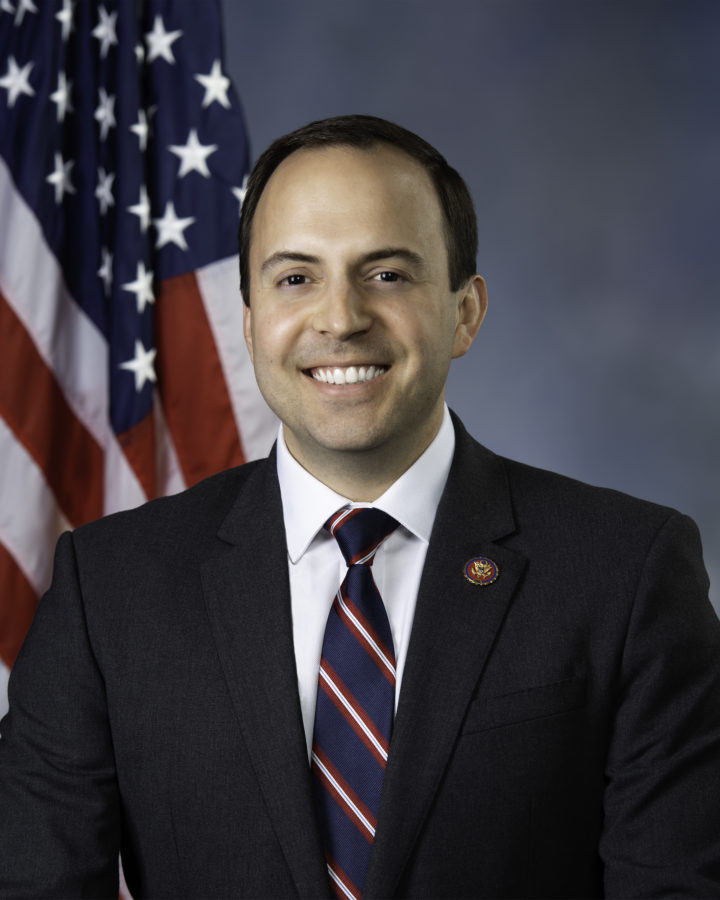 Α revealing and extremely interesting interview was given exclusively  to our newspaper  “Enimerosi of the region of Peloponese” by Congressman Lance Gooden just a few days before the critical meeting  at the White House between the President of the United States Mr. Donald Trump and the Prime Minister of Greece, Mr. Kyriakos Mitsotakis.

Congressman Gooden, from great state of Texas, did not hesitate to ring “the warning bell” of the upcoming political dangers the political elites are about to face. Moreover, he stated that the impeachment inquiry which is driven by Mrs. Pelozi will prove to be the best gift for Donald Trump, who is expected to come out of the ordeal even stronger.

Kostas Proimos – Publisher of the weekly printed news paper “Εnimerosi of  the Region of Peloponnese”.

Since 2018 the United States has been a net exporter of natural gas and in 2019 for the first time since 1973 the U.S. reclaims her throne atop the oil world, as the world’s largest producer of crude oil. “We are ending decades of foreign energy reliance to unleash the blessings of American energy independence,” proclaimed President Trump on September 12th 2019 at a dinner with the House Republican Conference, in Baltimore.

D. Papadopoulos: What will be the impact of Energy independence on the U.S. Economy, its Balance of Trade and on its National Security?

Lance Gooden: The eruption of American energy production has brought high-paying jobs and economic growth to areas all over the country. That has had a tremendous impact on things at home. In setting foreign policy, our newfound independence has allowed us to make decisions more freely. We’re unburdened from the pressure that countries we used to depend on for oil were able to use against us.

The U.S. at present is the preeminent  economic and  military global power. Further, it has minimal exposure to Global Trade relative to other nations, is a major food exporter and self-sufficient in food production, has good demographics, and it has no viable threats on its borders (“island type of security”). All these qualitative factors, in conjunction with the expected attainment of energy self-sufficiency within 2020, give it “immunity” from effects caused by negative global events.

D. Papadopoulos: Will, the Populist wave that is sweeping the country in conjunction with the above stated qualitative facts, cause the U.S. political elite to re-evaluate  its role on the international stage?

Lance Gooden: People feel left behind by an economic and political system that was designed to exclude their interests. That’s true in the United States and in many other countries across the world. Donald Trump ran on a platform to upend that system, and a major focus of his platform was to change America’s role on the international stage. If political elites haven’t begun to reevaluate that role, they won’t be political elites for much longer.

Greece has been a long standing ally of the Anglo-Saxon world and was a key player in terms of its territory or as a direct participant in the allied victories in WW I, WW II and Cold War. Since 2010 it is plagued due to internal and external reasons by an unprecedented economic downturn, by an uncontrolled influx of undocumented migrants and by a near-collapse of its sociopolitical system. Meanwhile, Turkey has grown to be a regional  economic and military power and is aspiring to become a regional Hegemon and an “independent”  World player.

D. Papadopoulos: How important is today Greece’s economic, political and military viability in the thinking of U.S. Geo-strategists?

Lance Gooden: Greece is an integral part of our approach to Europe. Our shared economic and security objectives make the Hellenic Republic a critical ally to the United States.

During the 2016 campaign, candidate Trump promised to build a “big, beautiful wall” between the US and Mexico to fight the drug epidemic and the uncontrolled mass illegal migration. In February 2019, President Trump declared a State of Emergency over the situation at the US southern border.

D. Papadopoulos: What is the position and the role of the Progressive Liberals and of the Left in America, on the issue of Open Borders?

Lance Gooden: Left-wing presidential candidates have made it clear the Democratic party is now opposed to any sort of policy to control immigration. Their policies would allow anyone and everyone to waltz across the United States’ southern border. Even worse, they unanimously agree that even immigrants who came to the country illegally are entitled to public benefits like Social Security and Medicare.

Texas is a big part of the U.S. energy independence story, and not only.  It is the epicenter of the U.S. oil and shale industry but it is also a center of information technology, defense, biomedical research, electric power, agriculture and a manufacturing powerhouse. On the trade front Texas has become the heart of NAFTA, reaping huge gains in terms of jobs, income and tax base.

D. Papadopoulos: How good are the Texas’ business and economic prospects and how important is the revised NAFTA trade agreement for its economy? When will it be ratified by Congress?

Lance Gooden: Texas is the economic growth center of the United States. It’s business prospects have never been better and the passage of the US-Mexico-Canada Agreement (USMCA) will be a massive boost. I look forward to its swift passage in the Senate once we move past the sham impeachment they will soon be forced to consider.

The 2020 US Presidential and Congressional elections are around the corner.

D. Papadopoulos: What is your opinion about the re-election prospects of Mr. Trump and of the Republican Party?

Lance Gooden: On the day Nancy Pelosi announced her impeachment inquiry, I predicted she would come to regret her decision. I believe that today as much as I ever have. The American people have had time to see the waste of energy and resources this ordeal has led to. The electoral prospects of President Trump and all Republicans are growing stronger every day.