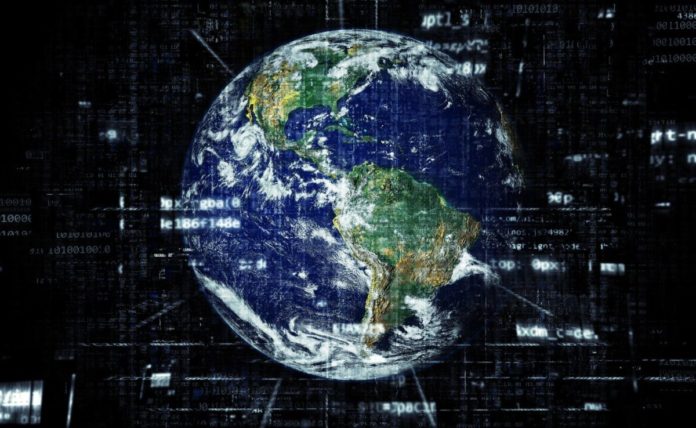 In changing epochs and in critical times, the task of one who wants to survive is to understand the past and anticipate  the future. Regardless of being either an individual or a state, the task is always the same. In times like these, the writer, the thinker and the practitioner of political affairs is called to make sense of the seemingly disorder of History, to try to anticipate events and trends, to separate the signal from the noise, to actually see the coming Order, what is going to be.

“Everything changes and no thing abides. – Heraclitus”

It is 1900 at the dawn of the 20th Century. Imagine for a second you live in one of the great European Capitals of the day may that be London, Berlin, Paris or Vienna. The British and the French fleets patrol the oceans guaranteeing free movement of commerce. Eleven out of the top fifteen world economies are European and two of the top fifteen belong to the European colonial system. Europe is at peace enjoying unprecedented  prosperity and economic interdependence. The future seems bright and secure; prosperity is held tightly at hand, in a world ruled by the Europeans. War is made impossible, political thinkers proclaim.

Twenty years later, in 1920, prosperous Europe is no more. The continent is in a political and financial abyss. The  great European empires collapse, taking-down with them emperors, kings and queens. Peripheral countries like the USA and Japan rise up to the geopolitical world stage.  Some countries expand their territorial domain like Greece, while others get smaller, like Germany. Some others come to existence apparently out of nowhere like the Middle Eastern states, while  some others are formed from the remnants of dissolved empires, like Turkey, Austria and Hungary. It was the Big Bang of the geopolitical world; 20 million dead, a shattered infrastructure, prosperity vanished, and alongside to all these a host of new and competing  political systems; Communism, Socialism, Fascism and Western Liberal Democracy.

“War is the father and king of all.  – Heraclitus”

Imagine now it is the spring of 1941. Like  the Phoenix, Germany  has risen from her ashes. She has conquered continental Europe while she is at  peace with Soviet Russia. From the perspective of reasonable political thinkers of the time, the War that begun in 1939 is over, Germany is set to dominate Europe and inherit the European empire. Four years later and 70 million dead, Germany and Fascism are gone and Europe is under occupation by the Americans and the Soviets. The great European capitals cease to exist as independent political entities. All decisions about the issues of War and Peace are from now on made either in Washington or in Moscow, and not in Europe.

“That which most people call Peace it is just a name; in reality, it is undeclared war among the cities – Plato, Laws”

Move  forward  to 1988. All is proceeding well and orderly in the American-Soviet bipolar world. Forty four  years of Cold war peace have elapsed. The Reagan revolution has revived the USA from the self-inflicted defeatism of the 1960s, while Gorbachev via  Glasnost and Perestroika is attempting to peacefully restructure and revitalize the Soviet Union. Peace and Prosperity are now more certain than ever. And then, in 1989, suddenly and unexpectedly some “crazy Germans” decide to have a reunion party at the Berlin wall. The rest is history. By 1992, the Soviet Union and the Communist-Socialist doctrine cease  to exist.

What an amazing “roller coaster” story was the 20th Century after all, full of unexpected turns and twists. At  the dawn of it,  the world is Multipolar, it then evolves to Bipolar and by the end of it becomes Unipolar. The USA, a regional hegemon of the politically insignificant Western hemisphere at year 1900, becomes the undisputed, sole global superpower by the year 1992. The Unipolar moment has arrived. 500 years of European world domination have come to an abrupt end.

The Year is 2000. The 21st Century enters with the “Y2K” scare,  and shortly afterwards the first great systemic shock is unleashed. The September 11th, 2001  terrorist attacks; the Islamic world has militarily challenged the US Unipolarity. Eight year later the second great systemic shock comes into play, the 2008 global economic collapse. Global Prosperity is replaced by Managed Austerity and the globalized economy has yet to recover.

The US, since 2001, has unleashed the war on terror and after trillions of dollars have been sunk deep in the sand of Middle East and North Africa in the pursuit of Liberal Hegemony, is on the verge of  exhausting  its economic, military and  political resources. Then, the 2016 Presidential elections bring a complete turn-about. America First, no more Nation building and no more  spreading of Liberal Democracy. On that day the designed Cold war global order and the 25 years of Free trade policy and Liberal Hegemony, were swept away.

“the Balance of Power”

It is 2020, the US is still the preeminent global power but the seeds of a multipolar world are about to spring up because Unipolarity is not a normal state of global affairs. In an anarchic world, where the primary motive of nation-states is survival, interests and honor, certain states will balance against a preponderant power no matter how benign  the  hegemon might be and no matter what  measures the hegemon takes to prevent such an outcome. The “Balance of Power” pendulum has thus started to swing the other way.

“A nation fights for fear, interest and honor – Thucydides”

Since 2004 Russia has risen from the dead as a major military power, while China, if not challenged and contained, is poised  to fully overtake America in almost all  economic sectors by the year 2030 at the latest. Additionally, a number of regional powers as is the case of Turkey, Iran, Pakistan,  the rogue state of North Korea and some Arab states are deepening their ties with both China and Russia. An Eurasian axis, antagonist to the US hegemony and interests, is in the process of forming which may even include some central European powers like Germany. Germany is dependent on Russian energy and desperately needs Eurasian markets since almost 50% of her GDP is in export sectors.

Most of these protagonists in addition to security issues and economic  ambitions have grudges and issues to avenge, while for the rest of them it is just existential fear. The century of humiliation for the Chinese, the collapse of the Soviet Union and the tatters of the Yeltsin era for the Russians, the demolition of the Ottoman empire for the Turks, the rebirth of the caliphate for the Arabs and Islamists, the expansion of Persian domain for Iran, the fear of not surviving for the Germans and for the N. Koreans.

Will the EU survive in an antagonistic multi-polar world?  Probably not. The EU was  formed on the premise of Prosperity and Security and  not of Managed Austerity and Insecurity. Both the EU  Prosperity and Security were guaranteed by America. Take America out of the equation in terms of military forces, export markets and military guarantees in securing commerce flow like the global sea-lanes and energy routes, and Europe collapses.

Each EU nation-state is on its own,  as the 2008 Economic Crisis and the 2015 illegal migrant influx demonstrated. European debts are still non-consolidated,  the economic opportunities are not evenly spread out (scarce in the South, plentiful in the North) and the external borders are perforated for anyone to “waltz  through”.

How can an entity, which cannot even decide today on the fundamental issues of solving the 2008 Economic crisis, which has no army, no common language,  be able to protect a member state or solve  national security issues of that state ? It cannot. The EU was  a marriage of economic convenience, in an American controlled world. It was never meant to be a unified country. When the next crisis hits, each European state will turn against the others to secure its narrow national interests as it did for thousands of years before 1945.

There are a number of “fault lines” around the Eurasian landmass  where adversarial civilizations, and national interests clash. The three primary zones  where the major global powers will directly clash at some point in the near future are; the Middle East and Near East, South East and North East Asia  and the zone that extends from the Baltic states to the Black Sea and possibly to the Caucasus.

The first one, is where most of the global crude is produced, where Russian and  US troops are stationed, where 4 ethnic powers and aspiring hegemons are competing for supremacy and for settling old grudges. It is a pivotal area  and the testing ground for the formation of an Eurasian axis. The second one, is where the major Asian markets for crude oil are located and where century old power conflicts are still untamed. The third one, is a buffer zone of a number of state entities which Russia  must absolutely control for security reasons and with which the USA covets to ally to, for reasons of Russian containment.

Will Greece survive intact the upcoming major power competition? Sitting right next to  two of the major power conflict zones, with  opportunistic neighbors to the north and a rising hegemonic Turkey to the east, Greece  has some tough choices to make. To take sides or to stay neutral?

In two similar occasions in the last century she chose to be aligned to the powers that controlled the oceans. She was proved to be right, and in both cases she reaped some of the benefits bestowed to the winners, in spite of the internal infighting and of the political passions of the time. Now History brings her back at the crossroads.

Almost 200 years from the War of Independence and  about 100 years from the Treaty of Lausanne, Greece  is in dire straits. She enters the global power game as a bankrupt and failed state, in an existential crisis much like 1826 and 1933. False political fixations and anchors regarding economic and policy issues and the  ineptness of governance of  the last 45 years are hard to be abruptly overturned, especially when political survival of the ruling class is at stake. Greece though, has done it before. In numerous occasions in its long history has managed to assert herself and become a self-sufficient leader.

Many thanks to all the Great thinkers, whose work allowed people like  me and others to view the world via the lens of Realism.